Yup, it’s that time of the week again. Time for another First Lines Friday!! Hope you enjoy! 🙂

College had always seemed so crucial, such an essential part of what measures a person’s worth and determines their future. We live in a time where people ask which school you went to before asking your last name. From an early age I was taught, trained really, to prepare for my education. It had become this necessity that required an overwhelming amount of preparation and borderline obsession.

And the book is…… END_OF_DOCUMENT_TOKEN_TO_BE_REPLACED 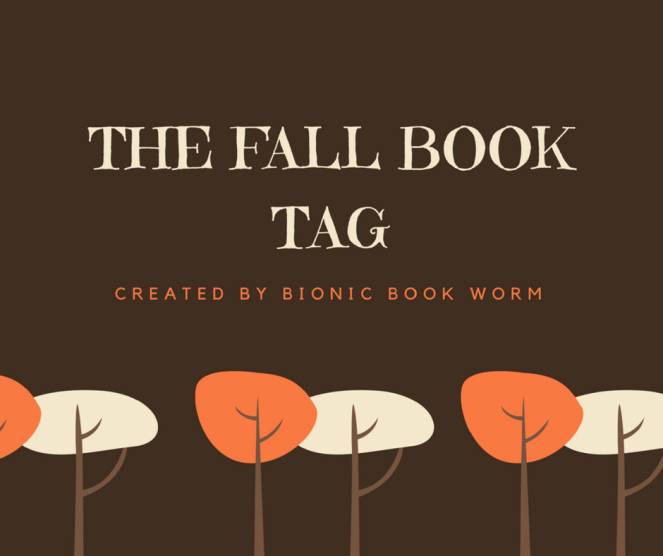 Good evening and HAPPY FIRST DAY OF FALL! I cannot believe that the season is upon us already. Time has been flying, but I’m very eager for fall! I can hardly contain my excitement for pumpkin pie, Halloween, all the spooky decorations!
In honor of the first day of the season, I will be doing the Fall Book Tag, created by Bionic Book Worm.
Let’s get right into it! 😀 END_OF_DOCUMENT_TOKEN_TO_BE_REPLACED

Good morning, my wonderful readers! I hope your week has been going well and you’re all looking forward to the weekend! Today is time for another First Lines Friday!
Hope you enjoy! 😀

I’ve been locked up for 264 days.
I have nothing but a small notebook and a broken pen and the numbers in my head to keep me company. 1 window. 4 walls. 144 square feet of space. 26 letters in an alphabet I haven’t spoken in 264 days of isolation.
6,336 hours since I’ve touched another human being.

And the book is…… END_OF_DOCUMENT_TOKEN_TO_BE_REPLACED

Good morning, my lovely readers! Hope you’ve been having a great week!! Today I’m back with another First Lines Friday, this time for one of my more recent reads.
Hope you enjoy!! 😀

If I die, it’s Trina Hamilton’s fault. She’s hard to miss; statuesque blonde with angry eyes and tiny nostrils wearing top-of-the-line Tony Lamas so she can kick my ass at a moment’s notice. When the early-morning sun finally burns through my irises and kills me dead, she’s the one you want.

And the book is…… END_OF_DOCUMENT_TOKEN_TO_BE_REPLACED

Happy Friday, everybody! It’s time for another First Lines Friday!!
In celebration of it being my first week of university, I selected a novel in which the protagonist is also beginning their first year of college!
Happy reading! 😉

There were two things in life that scared the ever-loving crap out of me. Waking up in the middle of the night and discovering a ghost with its transparent face shoved in mine was one of them. Not likely to occur, but still pretty damn freaky to think about. The second thing was walking into a crowded classroom late.
I absolutely loathed being late.
I hated for people to turn and stare, which they always did when you entered a classroom a minute after class started.
That was why I had obsessively plotted the distance between my apartment in University Heights and the designated parking lot for commuter students over the weekend on Google. And I actually drove it twice on Sunday to make sure Google wasn’t leading me astray.

And the book is…… END_OF_DOCUMENT_TOKEN_TO_BE_REPLACED

Hello and welcome my fellow readers! I’m Daniella, an eighteen year old bookworm from Canada. I’ve always had a huge passion for literature, and enjoy sharing my love for reading with the world! I love interacting with other readers, so please feel free to comment and chat with me! Thanks for visiting! 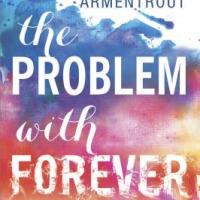 Check Out My Bookstagram

Happy Wednesday, my fellow bookworms! I hope you're all doing well. My first couple weeks of the new semester have been hectic and very stressful, but I'm alive!! I think my workload this semester is going to be much heavier than last, so I doubt I will have any time for reading or blogging. 🙁 On the bright side, just a few more months and I will have four months of freedom to do all the reading that I please!! I had such a blast reading the Fence graphic novels a little over a year ago. The characters were endearing, the plot was fascinating and suspenseful, the art style was really cute and appealing, and I loved learning about the sport of fencing. They were unexpectedly entertaining and I would definitely recommend them if you're on the lookout for a quick, fresh, and unique read. I can't wait for the next issue to be released! 😀 QOTD: Do you read graphic novels? Which ones do you recommend? AOTD: I read graphic novels on occassion, but I would really like to read more of them! I'm still dying to get my hands on a copy of Pumpkinheads, and there are a few other series that I've heard good things about. Hopefully I'll get to some later this year. 🤞🤞 I hope you all have a lovely day!! 💕🙂
Happy 2020!! 🎉🎉🎉 2019 was probably the best year of my life so far, and I'm so excited to see what this new year (and whole new decade) will hold for me. I hope 2020 treats all of you well! QOTD: What are your reading goals / plans for the new year? AOTD: I had very little time to read this past year so I ended up reading very few books. 🙁 This year, I'm hoping to make more time to read and perhaps spend less of my already limited reading time on re-reads. I also want to read more of the books that I already own and get back to posting regularly on here and on my blog! 🤞 Fingers crossed I can accomplish that!! Hopefully my 2019 wrap-up will be up on mh blog soon and I will go into further detail of my bookish plans for this year. As a side note, The Chaos of Standing Still is a YA novel that takes place during New Year's Eve and New Year in an airport. I read it this past summer, and while I did enjoy out, it definitely left a lot to be desired, especially in the festive department.
MERRY CHRISTMAS!! 🎄❤☃️🎁 I hope you all have a fantastic day! Christmas is my absolute favourite time of year; it puts me in such a a wonderful mood! I love spending time with my loved ones and doing festive activites like baking, decorating, and shopping! I saved up so many Christmas books to read this year, Ex-Mas being one of them, but I didn't have time to read any of them. 🙁 There's always next year (I say that every year lol) or I'll read them during the year when I'm missing the Christmas festivities! QOTD: What's your favourite Christmas book or Christmas scene? AOTD: I love all of the Christmases in Harry Potter! I loved it when he spent the holidays with the Weasley family, but Christmas at Hogwarts was always magical! :)
Good evening!! I hope you're all doing well. It's been a while, but I'm back! School and life have been insanely hectic, but not at all in a bad way. Though it's busy, stressful, and absolutely exhausting at times, I've really been enjoying my university experience so far! The last few weeks have been killer, but I think things are starting to slow down a tiny but for the next couple of weeks (or at least I hope so). On a different note, we had our first snowfall today and it was so beautiful! ❄ Also freezing cold, which made for a rather unpleasant walk between my classes on campus, but at least it was scenic. ☃️ Christmas is coming, and I can hardly contain my excitement! QOTD: What's your favourite holiday? AOTD: CHRISTMAS!! ❄🎄☃️🎁 I hope you all have lovely week!! ❤