Happy Tuesday, my lovely readers! I hope you’re all doing well. ❤
In celebration of it being September 1st, the first day back at Hogwarts, I decided to share a selection of my favourite quotes from Harry Potter and the Prisoner of Azkaban!
I hope you enjoy!! 😉

“I solemnly swear that I am up to no good.”

“Happiness can be found, even in the darkest of times, if one only remembers to turn on the light.”

“I dreamed I was buying new shoes last night,” said Ron. “What d’ya think that’s gonna mean?”
“Probably that you’re going to be eaten by a giant marshmallow or something,” said Harry.”

“What’s that?” he snarled, staring at the envelope Harry was still clutching in his hand. “If it’s another form for me to sign, you’ve got another -”
“It’s not,” said Harry cheerfully. “It’s a letter from my godfather.”
“Godfather?” sputtered Uncle Vernon. “You haven’t got a godfather!”
“Yes, I have,” said Harry brightly. “He was my mum and dad’s best friend. He’s a convicted murderer, but he’s broken out of wizard prison and he’s on the run. He likes to keep in touch with me, though…keep up with my news…check if I’m happy….”

Mr. Moony presents his compliments to Professor Snape, and begs him to keep his abnormally large nose out of other people’s business.
Mr. Prongs agrees with Mr. Moony, and would like to add that Professor Snape is an ugly git.
Mr. Padfoot would like to register his astonishment that an idiot like that ever became a professor.
Mr. Wormtail bids Professor Snape good day, and advises him to wash his hair, the slimeball.

Oh, what I would do to reread this series soon!! I really want to reread them in the form of the picture books, but I wanted to borrow them from my library, which I can’t do at this time. 😦
I often forget how hilarious these books are. They’re so much fun and I would love to experience them again!!

Hello, hello, and happy Tuesday! I hope you’re all doing well. ❤
Harry Potter’s birthday is coming up this Friday, so I decided to share a handful of my favourite quotes from the second Harry Potter book today in celebration! (I can’t believe that he’d be turning 40 years old!)
Happy reading!! 😉

“It is our choices, Harry, that show what we truly are, far more than our abilities.”

“Of all the trees we could’ve hit, we had to get one that hits back.”

“Harry, you must know all about Muggles. Tell me, what exactly is the function of a rubber duck?”

“Your aunt and uncle will be proud, though, won’t they?” said Hermione as they got off the train and joined the crowd thronging toward the enchanted barrier. “When they hear what you did this year?”
“Proud?” said Harry. “Are you crazy? All those times I could’ve died, and I didn’t manage it? They’ll be furious…”

“You will also find that help will always be given at Hogwarts to those who ask for it.”

Fred and George, however, found all this very funny. They went out of
their way to march ahead of Harry down the corridors, shouting, “Make way for
the Heir of Slytherin, seriously evil wizard coming through ……
Percy was deeply disapproving of this behavior.
“It is not a laughing matter,” he said coldly.
“Oh, get out of the way, Percy,” said Fred. “Harry’s in a hurry.”
“Yeah, he’s off to the Chamber of Secrets for a cup of tea with his fanged
servant,” said George, chortling.
Ginny didn’t find it amusing either.
“Oh, don’t,” she wailed every time Fred asked Harry loudly who he was
planning to attack next, or when George pretended to ward Harry off with a large
clove of garlic when they met.”

Oh, how I want to reread these books! Just reading these quotes fills me with so much joy and nostalgia.
I adore the touches of humour that J. K. Rowling slipped into the series. It makes them so much more fun to read when I was younger and even now!
I love that second quote here so much that I have a sweater that says, “When in doubt, go to the library”, and it is probably one of my favourite things in my closet!

See my favourite quotes from Harry Potter and the Philosopher’s Stone here.

Happy World Baking Day, everyone! I hope you’re all doing well and enjoying your weekend!
To celebrate, I thought that it would be fun to do the Cake Flavoured Book Tag!
I hope you enjoy!!! ❤

Oh, I will have to go with the Mara Dyer trilogy by Michelle Hodkin. This is a dark thriller, but it is absolutely phenomenal.

See my review of The Unbecoming of Mara Dyer here.

For this one I’m going to say 10 Blind Dates! I actually just finished this book a few days ago, but light, sweet, and fun are the very best ways to describe it!!

3) RED VELVET – A book that gave you mixed emotions

Turtles All the Way Down definitely left me conflicted. I enjoyed the writing style and I liked and related to the protagonist, but the plot was so BORING!

See my review of Turtles All the Way Down here.

4) CHEESECAKE – A book you would recommend to anyone

This is a really tough one because I don’t think there is any one book that suits every reader’s taste. However, I feel like Harry Potter is a versatile modern classic that can be enjoyed by almost anybody!

5) COFFEE CAKE – A book you started but never finished

I never ended up completing The Bane Chronicles. I was very excited to read this way back when, but most of the stories that I read bored me and after putting it down once, I simply didn’t want to pick it back up. 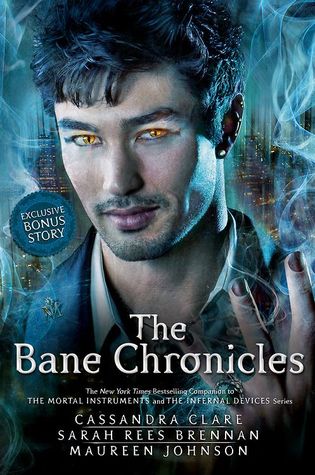 I absolutely loved the writing in The Problem With Forever by Jennifer L. Armentrout! She is my favourite author for a reason.

See my review of The Problem With Forever here.

7) TIRAMISU – A book that left you wanting more

There are practically endless options here, but I’m going to say Percy Jackson and the Olympians by Rick Riordan, just because I feel like I don’t talk about how much I love those books nearly enough! I am so excited for it to become a television series n Disney+!!

9) FRUIT CAKE – A book that wasn’t what you anticipated

This is an easy one: The Unrequited by Saffron A. Kent. I was expecting a dark thriller/romance, but I got a disturbing romance that I couldn’t even finish reading.

See my review of The Unrequited here.

Have you read any of these books? What did you think of them?
Are they on your TBR?
Let me know in the comments don below!!

Thanks so much for joining me today! Hope to see you again soon! ❤

HAPPY INTERNATIONAL CHILDREN’S BOOK DAY! In honour of the day, I decided that I would share some of my favourite middle grade novels and series. I’ve been a massive bookworm throughout my entire life; reading is and always will be a detrimental part of who I am. I am a strong believer that many of these books payed a role in shaping me into who I am today. I love and appreciate them all so much.
If you know a young reader, I would most certainly recommend any of these fantastic books to them!

Okay, let’s get the basic ones out of the way. I read the Harry Potter series for the first time when I was eight years old, and like most other people, I instantly fell in love. I quickly devoured the entire series, and immediately proceeded to read them again. And again. And again, and again, and again. Ten years later and this series still remains to be one of my favourites, as I’m sure it always will be.
Recommended for: Honestly, this series is a great pick for anyone of any age. Despite the fact that the target audience is 8-12 years old, they can be read and enjoyed by teenagers and adults too! They are very well-developed and layered stories that include something to appeal to everybody. There is a fascinating magic system, a mystery aspect in most of the books, a little bit of romance here and there, a fantastic cast of characters, lots of action, and the perfect touch of comedy. This is also a great series to read because they have phenomenal movie adaptations!

END_OF_DOCUMENT_TOKEN_TO_BE_REPLACED

Good afternoon and happy Wednesday! I hope you’ve all been doing well! 🙂
This week I decided to share a few of my favourite quotes from the first Harry Potter book because I think we could all do with a little bit of magic in our lives right now.
Happy reading!! 😉

It does not do to dwell on dreams and forget to live.

“Harry – you’re a great wizard, you know.”
“I’m not as good as you,” said Harry, very embarrassed, as she let go of him.
“Me!” said Hermione. “Books! And cleverness! There are more important things – friendship and bravery and – oh Harry – be careful!”

Reading these quotes makes me want to reread the series so badly! I’ve read the series six or seven times (I think), but it’s been a good six years since I read them last. A reread is definitely needed! I was so young when I read them before and I’m really curious as to how my perspective has changed as I’ve gotten older.
I also really want to watch the movies again! I did a marathon with a few of my friends a couple of months ago, which was really fun! It took us two separate days to get through them all though. My boyfriend and I recently started watching them because he hadn’t seen them before. I was so excited to continue watching the series with him, but unfortunately, we had to put our marathon on hold due to corona virus. 😦 Hopefully we’ll be able to resume soon!! I’m also really excited to finish the series with him so that he will understand my Harry Potter references, hehe.

Hello and welcome my fellow readers! I’m Daniella, a twenty year old bookworm from Canada. I’ve always had a huge passion for literature, and enjoy sharing my love for reading with the world! I love interacting with other readers, so please feel free to comment and chat with me! Thanks for visiting!

Check Out My Bookstagram @ readingwithdaniella

Happy Saturday, featuring my homemade copycat Lofthouse cookies from a few months ago!! I hope you're all having a fantastic weekend! I've got a crazy busy week coming up with all my final assignments, presentations, and an exam, and then it's off on placement I go!
🖤 HAPPY HALLOWEEN 🖤
Good morning, and happy Tuesdayyy !! 🧡
Happy Thanksgiving to all my Canadian friends!! I hope you've all been having a great long weekend! 🧡🧡🧡
Follow Reading With Daniella on WordPress.com

You can support my blog by “buying me a coffee” – any help is very much appreciated!
Buy Me a Coffee